Florida Law for Dividing Property and Debts in A Divorce

What is Equitable Distribution?

The process of dividing property and debts in divorce is formally known as “Equitable Distribution.” Florida law does not recognize common law marriage. Courts do not have the ability to divide property of individuals who have lived together for long periods of time unless the property is jointly titled. There must be a legal marriage for the Florida Statutes regarding equitable distribution to apply. 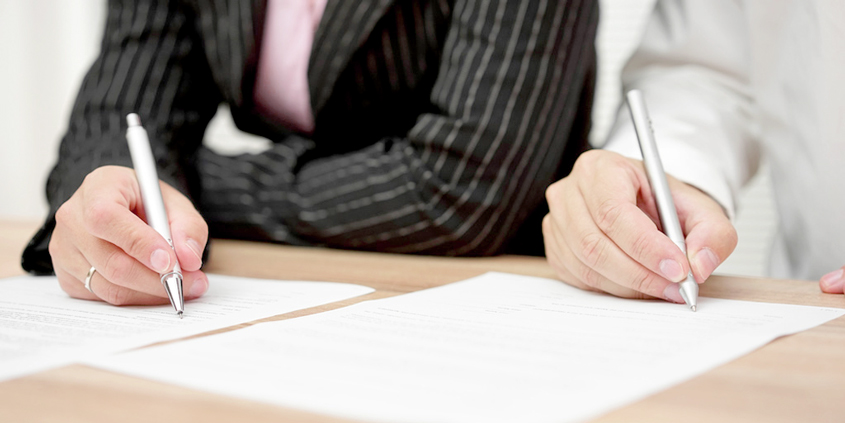 Equitable distribution only applies to marital assets or liabilities. Generally, any asset or debt that is acquired during the marriage is marital. There are exceptions. Property that is inherited is generally non-marital, unless it is jointly titled or commingled with other jointly held property. A pre-nuptial agreement may also exempt property from equitable distribution. The cut-off date for determining if property is marital is either the date of the filing of a Petition for Dissolution of Marriage, or the date that the parties enter into a valid Marital Settlement Agreement. The date of separation has no effect on whether property is marital or non-marital.

Another example of an asset that can have a non-marital and marital component is a house. A home bought prior to the marriage is non-marital. However, if the mortgage on the home is paid down over a period of time with marital funds and the home increases in value, then a portion of the home will become marital.

How an asset is titled may not determine if an asset is marital or non-marital. An asset that was inherited but then titled in both names becomes marital. A home purchased during the marriage with marital funds, but is only titled in one spouses name, is still marital property.

Some assets, such as stock options and retirement benefits, can be extremely difficult to value. They can also be difficult to properly divide. Many assets require the use of a special court order called a Qualified Domestic Relations Order or QDRO. This often requires retaining a separate expert.

Courts start with the presumption that all assets and debts should be divided equally. However, a court can make an un-equal distribution based upon written findings.

An equitable distribution order must, at a minimum, identify all marital and non-marital assets, provide a value for the asset or debt, and distribute the asset or debt. This is often accomplished through financial disclosure required in the Minimum Mandatory Disclosures detailed in the Fla. Fam. L. R. P. 12.285.

Although a court can order that one party or another be responsible for a certain debt, this does not change the original contractual obligation between the creditor and the debtor. If a court order is not followed, the credit of the person who is the original debtor can be adversely affected. Courts cannot hold a person in contempt of a court order for failure to pay a debt. The only remedy an injured party may have is to sue the other party. A court can hold a person in contempt for failure to perform an act, such as transferring an asset.

I rode divorce the roller coaster for well over a year and the Sanders Firm helped me to finalize my MSA. I'm so thankful this chapter is finally over and I am thankful for the assistance they were able to provide me!

Over the past several years, Sylvia has represented me on two separate family law matters. That being said, she was an obvious choice for the second matter based on the representation I had received on the first one. Sylvia's ability to strategize as well as provide sound legal advice allowed me to achieve results that were better than expected in both cases. Don't let the relative small size of the firm make you skeptical of the big firm representation she is able to provide!

When I was looking for a divorce lawyer, I was not sure of the right questions to ask or who may be a good fit for my situation. I selected Silvia Sanders and it seemed all my problems became ours. I cannot say enough about her expedient efficiency and professional manner through this emotional roller coaster. Silvia was always there to answer any questions I had. I highly recommend The Sanders Firm.

Great people and very smart. Couldn't be happier with the representation and the high level of customer service.

I never knew working with a lawyer could be so easy. Getting a divorce can be an absolutely terrible experience; working with Silvia was anything but.